Description of the limitation and why it is relevant to address

When defining map features it would be nice if the order of the features is also the order on the map so we can define which feature should be on top of which other feature. For example, in this code

I expect the map points to be on top of the map polyline but they are not. 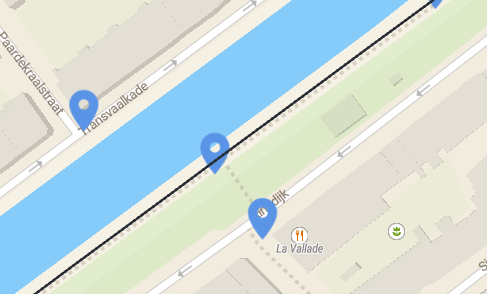 Hi, thanks for the input.

Different types of features are drawn ‘per layer’ on the map following a ‘render order’. Meaning that all polygons & polylines are drawn in one layer, all point markers are drawn together in another, etc. Features can therefore not be ordered on an individual basis.

Polygons & polylines (one layer) used to be above the ‘Point markers layer’ but this has just been swapped around to prevent the unexpected overlapping shown in your image. Now, the order of map layers from bottom to top is [Polygons & Polylines, Point markers, drawn GeoField features, Labels].