It seems the IdeaParser doesn’t support Torsion and Interaction. Which are required for concrete beams.
Is there a possiblitiy to add these to the parser? I assume that shouldn’t cause any difficulties as the parsing is equal to the ones present in the screenshot below: 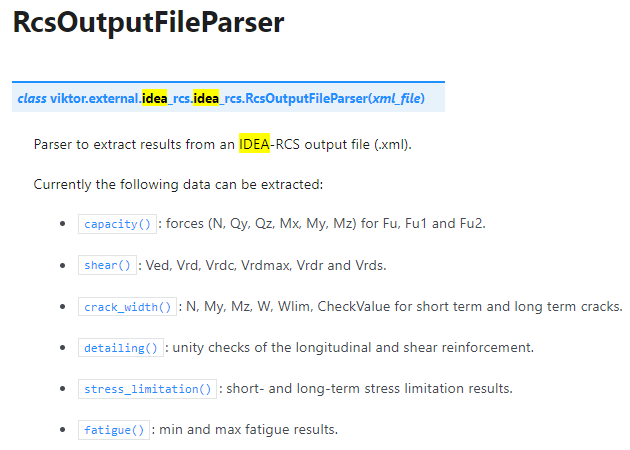 EDIT: Wrote my own parser yesterday afternoon, so for now I can continue. It would by nice to add it anyway though.

Thanks for the input! Feature requests might get a bit lost between support questions here, I’d recommend to post it in feature requests instead! I’ve moved it there for you.

Hi Paulien,
Thanks for moving it, didn’t think about it while posting

I added your request to our internal issue board

@rdejonge thanks, for me the urgency isn’t that high anymore as I wrote something myself. I think it would be a nice addition though as the effort required is minimal. For regular beams the current parser is incomplete